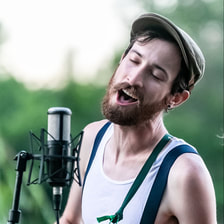 DAVE played by Justin Bondesen. Justin has been many things in his short years on this planet; a camp counselor, a gardener, a member of a ska band, a wildlife ecologist, a teacher, a radical mycologist, and allegedly, a decent cook. This is his first ever musical, or dramatic role of any kind really, aside from summer camp campfires and some really stupid videos he made in high school. He is very excited, and hopes you are too. In his free time, Justin likes growing food, playing music, hiking mountains, and confronting the anthropocentrism and materialism that he believes are the sources of our collective suffering. 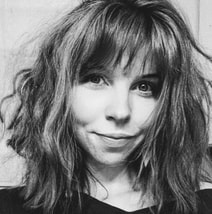 NANCY played by Jessica Cooper.
Jess grew up as a “theater kid” with an early start as far back as elementary school. She truly began her musical/theater career in 7th grade with Stephen Sondheim's production of Into the Woods. From there she would take roles in Fiddler on the Roof, Wizard of Oz, Arsenic and Old Lace, and West Side Story. In addition to performing in musicals she was an active member of the BJSHS “Glee Club” where they performed cabaret dinner shows, appeared on WGME13, and were regularly featured at the well-known local Oddfellows Theater during the infamous Early Evening Shows with Mike Miclon & Co. She participated in District 2 honors choir for most years of high school. Post-education her music experience was revived when she joined the band Ragtime Rebellion (then Bernie’s Sugar Shack) as the lead female vocalist where she still performs in vaudeville shows, also dual-wielding as a burlesque performer. Her dance/theater experience lived on through the NEVAEH Dance Circus when in 2017 the dance circus put out a call for performers for their show “The Dark Side of Somewhere” and Jess has danced with the circus since.
​
Offstage Jess is a mother, gardener, climate activist, cooperative advocate, executive director to creative non-profit Creative Norway, and food co-op employee. When she is not working she can be found on a bike, in the mountains, or gardening with her family. 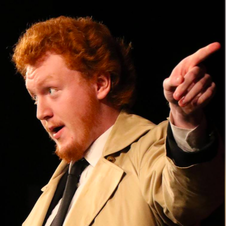 SAUL is played by Sean Buchanan.
I want a clown-man, an uncommon want,
Eyes glaze, fix-ed on news-page or hist’ry,
Engaged in pursuit of a gormless savant.
A man, in present time, both twee and ungainly,
I’ve found on my quest; a true homme-bouffant.
Therefore, take our stage-faring friend, Sean B,
Now you shall see him, in crazed pantomime,
​And witness a dancer far ahead of his time.
​                           - Lord George Gordon Byron (Jr. (x7)) 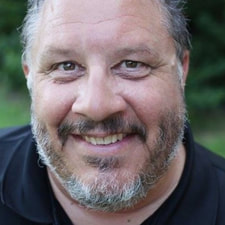 FRANK played by Stephen Miller. Steve lives in Lewiston, has a 21 year old son who is the reason Steve got the acting bug. It was as a result of watching his son perform all through his school years. Steve is a full time Realtor with the Bean Group but also teaches motorcycle Beginner Rider Course and drivers ed for Auburn Lewiston Driver Rider Rider Education. This is Steve's 3rd play and he is very excited to be part of a brand new production and feels honored to be part of this world premiere. Please enjoy the show and I would love to meet you after the play and hear your thoughts. 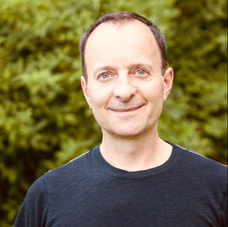 GARY is played by Bruce Carver. Last seen on the DeerTrees stage during Drag Queen Bingo, as Moira Rose alongside The Sisters of Perpetual Indulgence, Bruce is otherwise making his Harrison debut. Self-acclaimed trivia guru and fashion diva, Bruce enjoys pontoon karaoke with his Long Lake Loonie Sistahs of Cape Monday. A lifelong singer and intuitive dancer, Bruce performed with the Maine Gay Men’s Chorus for over a decade, and still accepts requests for weddings (I do!) and the occasional funeral (RIP!).  Audience members must be warned that it’s okay if you feel unexpectedly enamored with “Gary”. Your libido will thank you. 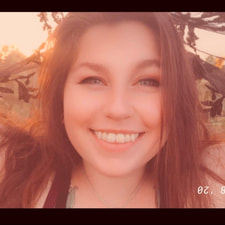 OFF-DUTY WAITRESS is played by Chelby London. I really am 25 year old waitress who has a lot of passion for the arts and making people smile. I used to be a crazy cat lady. Now I have my two cats, Zana and Wyntr, they’re my world. On my free time I enjoy anything from tending to our garden, to going on adventures in different states. In the past I’ve also played rolls in The Who’s Tommy, Charlie and the chocolate factory and Honk Jr to name a couple. Performing has always brought me happiness. 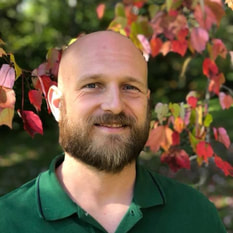 9-5 GUY is played by Brent Lake. Brent was born and raised in Maine. I served 16 years in the USAF. Now having returned home with my family. I’m a heating/plumbing  tech who needed to venture somewhere new. 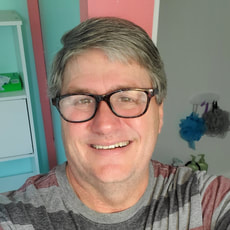 LOCAL TOWN COP is played by Gary Robitaille. Having been a lifelong local you may see me banging my guitar at a local Open mic night at Coops or the Honey Badger.  Or killing it, in an old car at an enduro race or demo derby.  I'm always up for the next adventure.  Having been one of the resident Hippies at Daves Sauna in 1984,  I hold a unique love for Dave's Sauna, So when I heard of the play I jumped at a chance to be to audition.  Call it a flashbacks or just checking on the authenticity of the scene.  I'm looking forward to Helping share the dave's story. 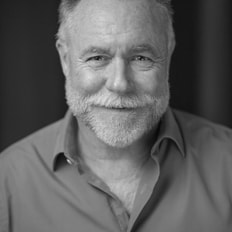 NEIGHBOR NOT HAPPY is played by Craig Capone. Craig Capone is pleased to be included among this great cast and crew here at Deertrees!  Favorite roles include Doc in West Side Story at Seacoast Repertory Theater, Cinderella’s Father, in Into The Woods at Barnstormers Theatre, Mr. Brownlow in Oliver at the Palace Theatre, and Luigi Gaudi in Lucky Stiff at the Good Theater.  He was nominated for Best Actor in The Priest at the Sanford International Film Festival, and for Best Supporting Actor in Deja Vuers at the Iconic Film Festival.  www.craigcapone.com 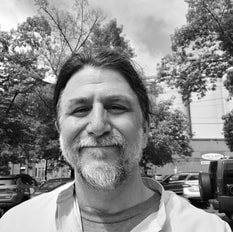 MASSHOLE is played by Jason Berube. Jason Berube has been acting since 5th grade, when he played the lead in an original Thanksgiving play called,  Tom Turkey, about a bird who learns he's to be slaughtered for dinner and spends the whole time running for his life!

At the turn of the Millenium Jason returned to acting, infiltrating an anarchist collective, hijacking a script entitled, Jesus Christ Terrorist, and again taking the lead. That one was about a guy in a diaper, again running for his life, this time chased by Pontious Ashcroft, all in an attempt to draw connections between the Christian right, the War in Iraq and the Military Industral Complex.

Some years later he was involved in a poetic interpretation play inspired by themes featured in Daniel Quinn's controversial books, Ishmael and The Story of B, entitled, Mother Culture, where he played a disgruntled transvestite performer, as well as a drunk, homeless Native American storyteller.  He currently resides in Somerville, MA, in the neighborhood of notorious mafia don, Whitey Bulger, whose wife he often sees slowly patroling her turf.  ​ JOSEPHINE is played by Athena Rajnai who is thrilled to be a Summer Intern at Deertrees Theatre! Athena is a rising senior at Ithaca College in Ithaca, NY, where they are pursuing a B.M.O in Classical Voice Performance and Theatre Arts Management. Originally from Pocono Mountains, PA, Athena has been seen in numerous musicals and operas, most recently including Tern 3 in the world premiere opera We Wear The Sea Like a Coat, Le Chatte in Ravel’s L’Enfant et les Sortilèges, Drei Knabe in Mozart’s The Magic Flute, and Fastrada in the musical Pippin. As for their experience in theatre management, Athena has worked as an Administrative Intern, Lead Box Office Associate, and Front of House Manager at the regional Hangar Theatre, in Ithaca, New York. Athena is also a songwriter and rhythm guitarist for their band VESTMENTS, which releases music on all streaming platforms and plays shows regularly in the Ithaca, New York area. “Thank you to the cast and crew of Dave’s Sauna for being such welcoming, enthusiastic, and talented people!” 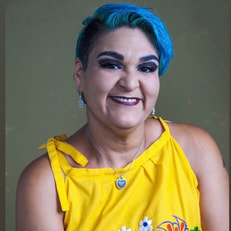 TRAILER PARK QUEEN is played by Chasity Lake. Originally from Texas and now residing in the in Rumford, Maine. Mom of four teenagers and alway trying to be in a positive mood. ​ 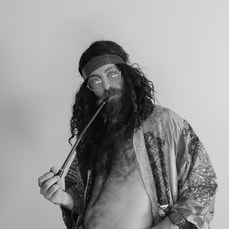 BEARDED HIPPIE is played by Antonio Harmsen-Villa. Antonio came to Harrison last summer to work on a play and to enjoy life. He managed to do both, plus he learned some of the crafts of the other side (of the theatre) while lending a hand. You might've seen him last year as Spike, the young (and almost naked!) lover ... Get ready this year for something very different (and still as hot as a sauna!)!!! 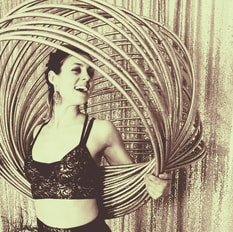 SAUNA SIREN #1 is played by Nettie Gentempo.  Nettie is the artistic director for the Nevaeh Dance Circus and Cold, Cold Night Burlesque. Her original choreography has been featured in the Poland Players productions of “Jesus Christ Super Star”, “Little Shop of Horrors” and a Cow Pasture Production “Somewhere Maine, The Marijuana Musical”. Nettie has been studying dance her entire life and performs professionally as a hula hoop artist. 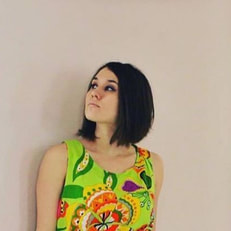 ​SAUNA SIREN #2 is played by Hannah Gentempo. Hannah inherited the dancing gene from her parents. Her mother was a ballerina and operated her own dance studio in VT (where she was born) and her father could bust a move at a wedding like nobodies business! Hannah is the co-founder, co-choreographer and mixtape master of the Nevaeh Dance Circus. She has studied dance all her life she enjoys all the emotions that can be felt while dancing and hopes her audience feels them too. Along with dance Hannah also enjoys the swirling styles of the 60’s and has her own vintage clothing shop called “Sisters of Eve”. She plans on dancing until the day she dies, which may sound dramatic and that’s just the way she likes it. 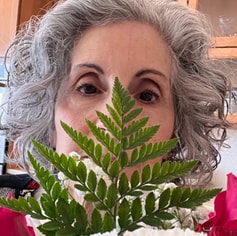 SAUNA SIREN #3 is played by Christine Vozella. Christine has been dancing and singing for many years in Massachusetts, Colorado and now the great state of Maine, mostly in well known musicals, modern, jazz, ballet and tap dance repertory, choral singing and original musicals like this one.  She has even performed low flying trapeze in her younger days! Thanks and blessings to my husband Johnny for his continued support (aka putting up with me)!  Enjoy the show! ​ SAUNA SIREN #4 is played by Katie Brodie. Maine thoroughbred. Mother of 4. Master ametuer.
Can most often be found in the forest, garden or at the beach.. or anywhere one can be barefoot and do yoga. Lover of art, earth, ritual, friendship, really fucking good food, and this—the present moment. Committed student in the transformative power and sustainability of peace, love and healing. Freshly stoked on hula hoops and the sauna, thanks to the folks who crafted this number.
Deep, deep gratitude for all of it. “I don’t know the destination, but I am the path.” 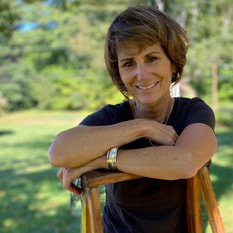 SAUNA SIREN #5 is played by Barb Stauble. Barb has been active in local community theaters on stage and behind the scenes since being bitten by the theater bug at 14 years old. Her most fun and memorable roles were that of the Wicked Witch of the West in The Wizard of Oz in 2001 with Windham Center Stage Theater and again in 2017 with Lake Region Community Theater. She claims raising her seven children prepared her for the role better than anything else. Barb has served on the Deertrees Board of Directors for several years and had a blast playing Cassandra, the psychic housekeeper, in DT’s production of Vanya, Sonia, Masha, and Spike, last summer. She is thrilled to be sharing the stage with such talented and accomplished actors
Powered by